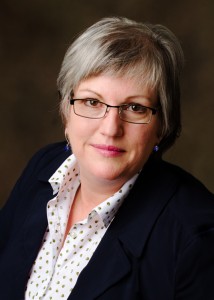 Got milk? If you are overweight and have osteoarthritis, you may want to bone up on your dairy products that have vitamin D. According to a University of Florida study, higher levels of vitamin D may decrease pain and improve function in obese individuals with osteoarthritis.Findings published in the January issue of The Clinical Journal of Pain indicate that obese individuals who suffer from osteoarthritis and have adequate vitamin D levels could walk, balance and rise from sitting to standing better than obese participants with insufficient vitamin D levels. The findings suggest an association between obesity and vitamin D status for tasks such as standing from a seated position.

Osteoarthritis is the most common form of arthritis, affecting millions of people worldwide. It occurs when the protective cartilage on the ends of bones wears down over time, causing pain, stiffness and loss of joint movement.

The researchers analyzed blood samples for vitamin D levels from a racially diverse group of 256 middle-aged and older adults. Participants also provided a self-report of knee osteoarthritis pain and completed functional performance tasks such as balance, walking and rising from sitting to standing. This study was part of a larger project that studies racial and ethnic differences in pain in individuals with osteoarthritis. Among the 126 obese participants, 68 were vitamin D-deficient while only 29 of the 130 non-obese participants were deficient, suggesting obesity is significantly associated with clinically relevant vitamin D deficiency.

Obesity is associated with vitamin D deficiency, knee osteoarthritis pain and poor functional performance. Vitamin D is stored in the liver and human fat cells, and previous research has shown that the larger fat amount in obese people can cause vitamin D to be stored instead of circulated in the body.