May is always a special time for graduates at the University of Florida—the end of an era and the beginning of another chapter in life. 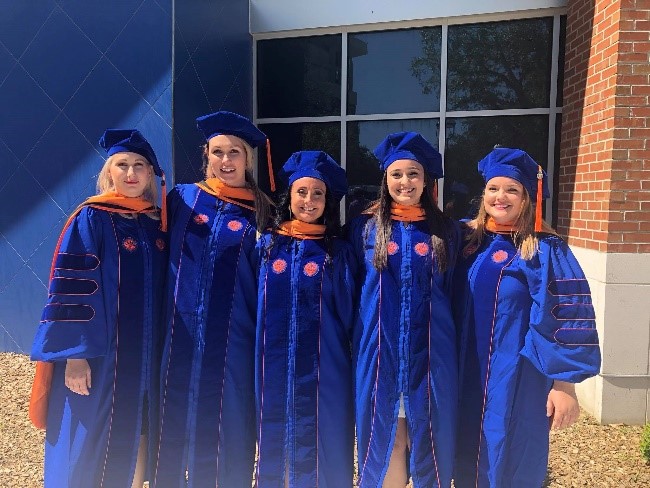 This year, the College of Nursing celebrated 130 B.S.N. graduates, nearly 50 D.N.P. graduates and two very proud Ph.D. graduates during commencement ceremonies on the UF campus. The doctoral ceremony took place Friday, May 4, at the Stephen C. O’Connell Center, along with the college’s annual Pinning Ceremony at the Phillips Center for Performing Arts, while the college’s undergraduates took part in the university’s May 5 commencement ceremony at the Stephen C. O’Connell Center.

The Pinning Ceremony is sponsored annually by the College of Nursing Alumni Council, led this year by President BarBee Geiger. The pinning tradition dates back centuries and historically the ceremony marks the end of a successful student career and the beginning of a career as a professional nurse. 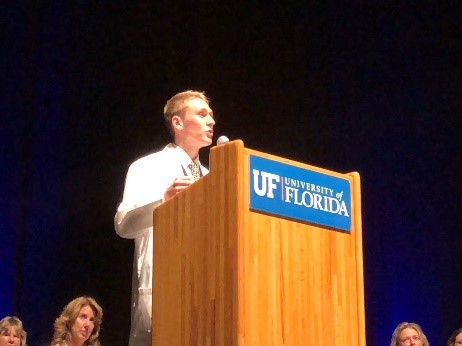 As the profession of nursing developed through each century, each school designated a unique pin to be awarded to their graduate—the University of Florida College of Nursing pin features the university’s seal at its center.

Students, faculty, staff, family and friends heard from B.S.N. graduate Brody Sauers, president of the Nursing College Council, and had the pleasure of hearing from Dr. Jo Snider, professor emeritus, who was recognized as the college’s Alumna of the Year after over 50 years of dedication and support to the college. Six student awards were distributed at the pinning ceremony. 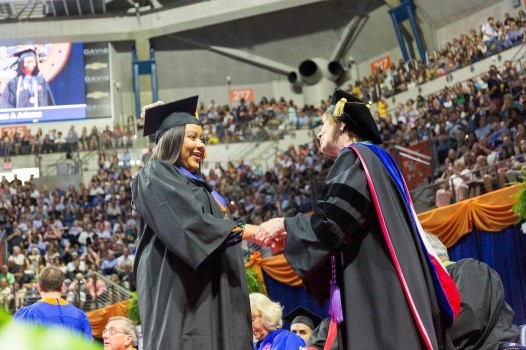 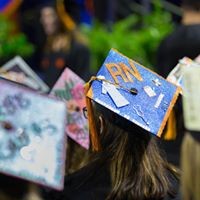 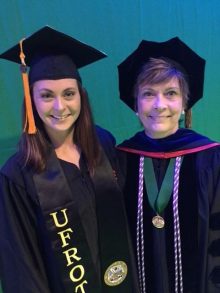 McKenzie Grace Smith was one of those awardees honored with the Award for Excellence in Inspiring Others Through Nursing before leading the class in reciting the Pledge for Professional Nursing, and then being honored on an even larger scale during commencement Saturday as one of two University of Florida Outstanding Student Leaders.

It was a busy weekend for Smith, as she was commissioned as an active duty 2nd Lt. in the Army Nurse Corps after serving as a Cadet Company Commander in the UF ROTC during college. She was also the Distinguished Military Graduate for 2018.