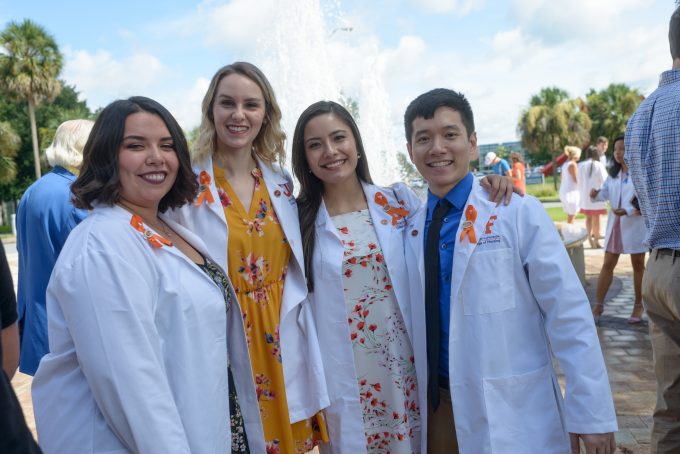 This summer, the College of Nursing celebrated 102 Accelerated B.S.N. graduates, 64 R.N.-B.S.N. graduates, six D.N.P. graduates and four Ph.D. graduates during commencement ceremonies on the UF campus. The doctoral ceremony took place Friday, August 10, at the Stephen C. O’Connell Center along with the college’s annual Pinning Ceremony at the Phillips Center for Performing Arts, while the college’s undergraduates took part in the university’s August 11 commencement ceremony at the Stephen C. O’Connell Center.

The Pinning Ceremony is sponsored annually by the College of Nursing Alumni Council. Long-time member Pat Sassner welcomed the graduates and spoke about the Alumni Council and the history of the ceremony. The pinning tradition dates back centuries and historically the ceremony marks the end of a successful student career and the beginning of a career as a professional nurse.

As the profession of nursing developed through each century, each school designated a unique pin to be awarded to their graduate—the University of Florida College of Nursing pin features the university’s seal at its center.

Award for Excellence in Inspiring Others Through Nursing
Debbie Wilson 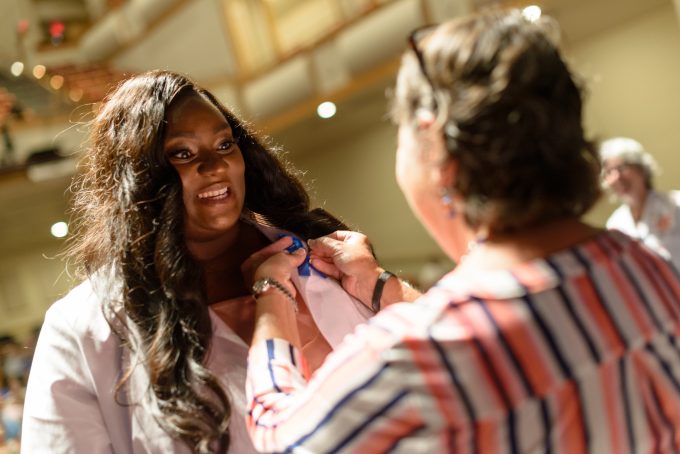