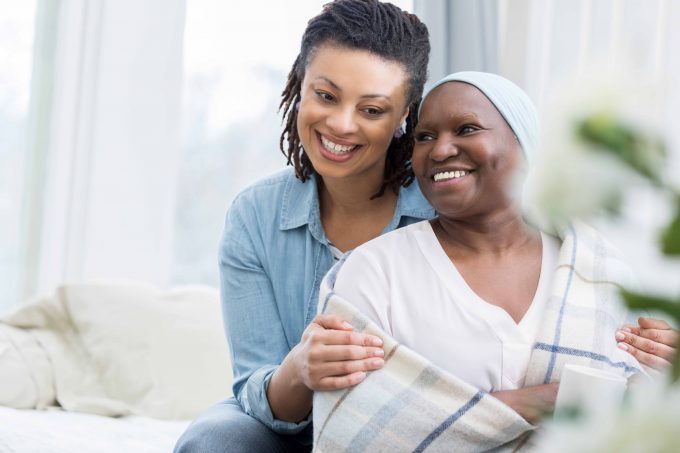 The National Cancer Institute has awarded a five-year, $16 million grant to establish a cancer health equity center at the University of Florida and partner institutions.

The Florida-California Cancer Research, Education and Engagement, or CaRE2, Health Equity Center will be an interdisciplinary, intercollegiate effort involving researchers from UF, Florida A&M University and the University of Southern California.

The center will bring together researchers from the two states with the highest cancer incidence and mortality to create a bicoastal minority cancer research and training center. Florida and California also have uniquely rich and heterogeneous populations of Blacks and Latinxs, who are the focus of this study.

Led at UF by program directors Folakemi T. Odedina, Ph.D., and Diana Wilkie, Ph.D., the CaRE2 center is directed and administered by multiple principal investigators from each institution. Odedina serves a dual appointment as a professor in the colleges of Pharmacy and Medicine, part of UF Health. She is also the principal investigator and program director of the UF Florida Minority Cancer Research and Training, or MiCaRT, Center that was established in 2014 through a grant from the NCI, part of the National Institutes of Health, and supported by the UF Health Cancer Center.

Wilkie is the Prairieview Trust-Earl and Margo Powers Endowed Professor at the College of Nursing and director of the Center for Palliative Care Research and Education. She is also co-program leader of the UF Health Cancer Center’s Cancer Population Sciences research program. Both Odedina and Wilkie have extensive experience in leading multidisciplinary center grants and cancer disparities research.

“Behind every cancer statistic are the tears and agonies of cancer patients, survivors, family members and friends,” Odedina said. “I take the fight against cancer personally because I am simply tired of seeing unnecessary cancer deaths in minority and underserved populations globally.”

In her roles at the UF MiCaRT Center, Odedina’s primary goal has been to transform the exploratory cancer center into a comprehensive health equity center. Wilkie said the center will allow researchers to better understand the culture and background of these minority populations and those diagnosed with cancer.

“We have done a lot to reduce cancer mortality and morbidity in general, but research for Blacks and Latinxs have not kept pace with the majority population,” Wilkie said. “With the CaRE2 Health Equity Center, we are focusing on the biological and human experience that can be altered from one’s cultural background to improve cancer outcomes for Blacks and Latinxs. We want to better understand how one’s biology, beliefs and attitudes affect engagement with care and survivorship.”

Within each institution there are six CaRE2 center cores designed to be highly integrated into the research platform and to support the overall mission. These cores are led by researchers at their respective institutions and include the administrative core, the research education core, the outreach core, the planning and evaluation core, two shared resources cores, the tissue modeling core, and the bioinformatics, statistical and methodological core.

At UF, researchers come from across multiple campuses, including the colleges of Medicine, Pharmacy, Nursing and Education, UF Research and Academic Center Lake Nona, UF Health Jacksonville as well as from UF Health Shands Hospital. The team includes researchers with expertise across the spectrum, from molecular biology and bioinformatics to community outreach and clinical interventions.

For the first phase of the center, two full research projects and one pilot project will be conducted that are focused on prostate and pancreatic cancers, two cancers with noted disparities among Blacks and little-known information among Latinxs. Each project has a team at each of the partnering institutions.

Led by Li-Ming Su, M.D., chair of the UF College of Medicine’s department of urology, the first full research project will aim to understand the contribution of novel mitochondrial-derived peptides to racial differences in prostate cancer development. The second research project is led by Jose Trevino, M.D., an assistant professor in the UF College of Medicine’s department of surgery, and aims to reduce disparities in efficacy of a chemotherapy treatment by using molecular profiles of patients to predict their sensitivity to this treatment, taking into account various factors related to racial and ethnic differences.

Thomas Schmittgen, Ph.D., chair of the UF College of Pharmacy’s department of pharmaceutics, will lead the pilot project that focuses on identifying the genetic basis of racial disparities in pancreatic cancer by examining early events that lead to the cancer formation, using human samples in vitro.

Another goal of the center is to provide research training opportunities for underrepresented minority trainees and early-stage investigators that fosters their individual career development.

“This center really ‘takes a village’ to address cancer health disparities,” Odedina said. “Our strength is in our diversity, with the center being led by five underrepresented minority scientists and four women.”

“At UF and UF Health, not only will the center advance health disparities research in Black and Latino populations and provide opportunities for underrepresented minority researchers, it will also aid in the university’s application to become an NCI-designated Cancer Center,” said David R. Nelson, M.D., interim senior vice president for health affairs at UF and president of UF Health.

“This center will also expand our reach beyond North Central Florida to more urban Orlando and Jacksonville areas and bring UF expertise to study the challenges in underserved and underrepresented cancer populations,” Licht said. “The goal of our Cancer Center is to bring the best minds and the most impactful resources to work on behalf of our community to solve the challenges of cancer.”

The center is backed by the unique contributions of its researchers who are passionate about addressing knowledge gaps in cancer disparities research among subpopulations of Blacks and Latinxs.

“While the center is a win-win situation for UF, FAMU and USC, the real winners are cancer patients, especially Blacks and Latinxs in Florida and California,” Odedina said.