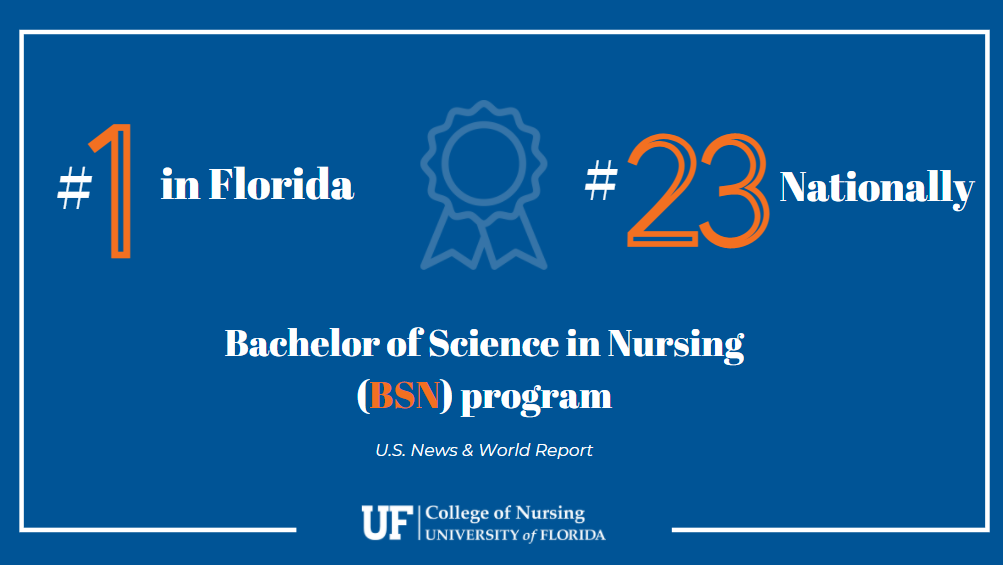 The University of Florida College of Nursing’s Bachelor of Science in Nursing program was ranked No. 1 in Florida and No. 23 nationally by U.S. News & World Report for Best Colleges 2022.

The college’s BSN program now ranks in the top 4% out of 694 nursing programs across the United States, highlighting a commitment to excellence in nursing education. This is the first year U.S. News has published rankings for BSN degree programs and coincides with the university’s recent designation as a top-five public university.

Often cited as a measure of undergraduate program excellence, the U.S. News Bachelor of Science in Nursing rankings were determined by the average of scores received from peer-assessment surveys of top academics and officials at nursing schools or departments. Factors such as six-year graduation rates, first-year retention rates and reputational scores contributed to the college’s achievement.

Read more about the University of Florida’s top-five ranking here.